News from the brain injury recovery front… Check it out!

Breakthrough research at the University of Zurich, ETH Zurich’s Neuroscience Center, and the University of Heidelberg has shown that well-timed treatment and therapy can lead to new nerve growth and allow rats to recover 85% of motor function after stroke. 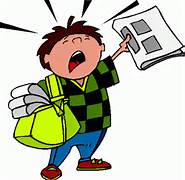 When nerves are damaged, certain proteins (Nogo proteins) block growth of those nerves. The researchers used antibodies against the Nogo proteins to block their inhibitory action. They then saw new and functional nerve fibers begin to sprout. Rehabilitation therapy that began immediately had little effect, but when time was allowed for nerve growth to occur, rehabilitation therapy had a dramatic effect: the paralyzed rats recovered almost fully. The scientists believe that rehabilitation at the right time helps solidify key neural circuits. First author Anna-Sophia Wahl said “This new rehabilitative approach at least triggered an astonishing recovery of the motor skills in rats, which…