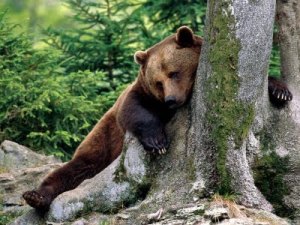 I’ve been thinking about all the time (and money) I’ve spent over the past year, working with the 2nd neuropsychologist… They responded back to my cancellation email saying “understood”. Actually, don’t think they do understand, but that’s neither here nor there. If they really understood, they’d offer me a refund for services-not-rendered, because to be honest, I’m not appreciably better off now, than I was a year ago April, when I started working with them.

If anything, I might actually be worse off, since they were pretty keen on telling me all the things I needed to look out for, and where my first NP was intent on getting me to not think of myself as disabled, the 2nd one was all about that.

Plus, they were all keen on telling me how badly off my spouse is, how I can expect them to go downhill sooner, rather than later, and getting them in for some testing, they could get help for their decreasing capacity.

Yeah, I’ve been through that before… again, with another “provider of services” for folks who can’t take care of themselves. I’ll be the first to admit that I can be gullible and overly trusting, especially when it comes to people in the “helping” business. I tend to take them at their word, which is how I want people to take me. But alas, it’s not always warranted.

Nor was my trust of this latest NP. Sure, they came highly recommended by the first NP, but I don’t think that old NP was a very astute judge of character. Plus, I think they have a tendency to be as trusting as I am. They spoke highly of a number of other clinicians over the years — but the ones they recommended were incredibly disrespectful of them behind their back. That does not fly with me. No way. No how. Not gonna work. And it never ceases to amaze me just what jerks people can be.

Well, anyway, I’ve gotten away from that bunch of jerks.

And again, I think back to all the hours and dollars I spent trying to stick with a program that wasn’t supported by others whose job it was to support me. I literally spent an extra 4-5 hours nearly every Monday night, along with untold hundreds of dollars, trying to make it work. Because I believed. Because I trusted. Because I was locked on a target that was incredibly important to me.

I would have been better off, just going home at a decent hour, getting some extra sleep, and spending the money on books and a new computer. I could have bought a lot of books — and a couple of really decent computers — with the money I spent on those sessions.

Well, live and learn, right? On the bright side, I did have some good times, here and there, and I did learn a few things along the way. So, it wasn’t a total waste of time and money. Just mostly.

And it has occurred to me that one of the big reasons I’ve flamed out at a number of jobs over the years is because of fatigue. Come to think of it, I believe that fatigue is the #1 Reason Things Have Gone South For Me At Work. Seriously. When I think back on all the jobs I’ve held that ended sooner than people expected me to leave, I always had a long commute, to and from the office. Over an hour each way – five days a week. The practice of working from home hadn’t shown up on the radar, yet, and I was still drawn to work in the city. I had to be on-site each and every day, surrounded by loud people, frantic situations, and all kinds of chaos. Even though I enjoyed a lot of it — fast-paced environments, and all that — it took a toll. It wore me out. And it took a huge chunk out of my resilience and ability to cope.

Over and over again.

Sooner than I should have.

Some jobs, I left after only a few months. Others, I stayed nearly a year. Others, I hung in there for a few years, but got worse and worse off as time went on. Fatigued. Worn out. Confused. Turned around. Blown up and blown apart and wiped out, each and every weekend.

Fortunately, it’s not like that anymore. At least, with my current job, I can work from home 2-3 days a week. Sometimes I can even get a nap. And on the days when I do go into the office, I can go in at my own pace. Do a few conference calls from home, then drive in after 10:00, when the roads aren’t so clogged, and I can get where I’m going more easily. Evenings, I can go work out at the fitness center, then roll home after 6:00, when traffic is less. I should have done that last night, instead of trying to get home directly. I sat in horrible traffic for over an hour, total. Not a good use of time. I really should have worked out.

Next week I have another chance. Heck, I can even go work out this weekend, if I like. I really should. I need the strength work.

So, that’s my revelation for the day / week / month… I need my sleep and I have to take steps to make that happen for myself. Instead of forcing myself to make things work, taking up extra hours and energy (and fuel for the car) to wedge myself into a situation that’s not really working, I should do something truly constructive with my time and resources.

And just enjoy my life for what it is.

Talk about this - No email is required Cancel reply