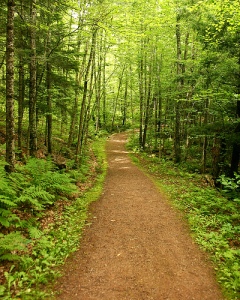 I went out for a walk down the road, yesterday. It was the first time I’d done that in months. Last year, I was really busy during the fall, so I didn’t get outside much, except to rake my lawn and take care of stuff around the outside of the house.

But now spring is on the way… and it’s changing for the better.

And prepare for the week to come.

And do my exercises and stretching that are really helping my back.

It’ll all get done. All in its time.

It’s funny, I’m hanging out this morning, reading and writing a little bit and listening to music. The song “People are People” by Depeche Mode came on, and suddenly, I was transported back in time to a factory job I had, years ago. People on the line were allowed to listen to music, and there was this one worker who played this song and sang along at the top of their lungs. I’ll always remember that. I’ll also always remember the heat and the smell and the feel of that factory. And how the satisfying the work actually was. At the end of every day, I knew exactly how much I’d done. I could punch out and go home. That was that.

None of this “performance appraisal” stuff that I have to deal with now. All the office politics, all the interpersonal dynamics, which seem to change every single day.

Well, today I can concentrated on that kind of work. I need to test a new program we’re rolling out, and that means I need to just sit down and look at a screen and make sure that when I click this thing, that thing happens. It’s simple work, really. And it fits my quiet day.

I’ll hang out for a little longer, reading stuff online, finding interesting stuff on Twitter, watching videos of cats and dogs jumping into huge snowdrifts… then I’ll eat my lunch and settle in for a few hours of uninterrupted testing. And if all goes well, I’ll have time to go for another walk, before I have my hot shower and lie down for my afternoon nap.

Sounds good to me.

6 thoughts on “A quiet day”