I just got a message from a former overseas colleague of mine who is coming to the States next week. I have not seen them in a few years, and it is going to be great to reconnect. As much as that old job (job-before-last) drove me nuts with the time it took to drive to and from, as well as the politics, I miss the people I worked with. I miss them terribly, and I have to admit I would not mind going back to work with them. It’s crazy to think about it, but I miss them so much, it hurts. And looking at the website(s) I used to manage, I feel a pang of nostalgia.

Actually, when I think about it, the people who really made my life difficult there — the people I worked directly with, on my immediate team, were really the ones who caused me trouble. It was my immediate teammates who constantly undercut and sabotaged me. They were a twisted bunch of operators, for sure. It’s just so strange, thinking about how competitive everyone was. It really started with the director who came on-board not long after I joined. That one was a piece of work, and the poisoned the well, because they thought I was a direct competitor for their job.

That was probably for a reason, because their original boss was a nut-case who had a bad habit of yelling and threatening, and I suspect the threat of promoting me was the “stick” they used to knock my boss around.

Anyway, now all those crazy b@stards are gone, including my peers who were strangely closed and hostile towards me, who were always talking about me behind my back and operating and … oh geez… it makes me ill, just thinking about it.

But with those non-team-players gone, there are lot less reasons for me to keep away.

And I have to admit, I miss working for an international company, interacting with people from all over the world. I miss my international friends, for sure. Even the crazy hours talking to Europe early in the morning and Asia late in the evening… I really invested a lot of myself in developing those relationships, and it paid off in a very big way. I’m not sure I’m ever going to have that level of investment in relationships with people I work with. The good ones, that is.

The rotten ones have moved on. So, maybe it’s safe for me to go back.

Or maybe I’m just distracting myself from this new position I have with a really great company. Maybe I’m just being flighty again. It wouldn’t be the first time.

Something magical happens when I quit worrying about everything before and after Right-Here-Right-Now.

I get to focus on what’s in front of me, and just concentrate my energy on that.

It relieves my taxed brain of all the what-ifs.

It makes it possible for me to put every single bit of my attention on the activity at hand, and give it my all.

And that’s a really good thing.

Think about it — there are pathways in your brain that have been all messed up, like roads that got washed out during flooding, or a small town Main Street that got completely wiped out by a tornado. Your brain isn’t gone, but the usual ways of information getting around, are disrupted, sometimes wrecked. And you have to find your way through.

That takes energy. And it can be frustrating. It takes creativity and constant adjustment. And that takes even more energy. It takes self-discipline and self-knowledge to manage your moods and behavior, and not many of us have that in abundance, after our brains are injured.

But if I can focus just on what’s in front of me, and not get pulled off in a million different directions, well then… things work much better.

And I can pick my way through the rubble, move it out of the way, and eventually build up paths that take me where I want to go. Over and over, it needs to be done. And it can get exhausting and daunting to do it. But you’ve gotta keep the faith, and keep looking at the signs of progress along the way.

Even the littlest ones.

Focusing on today, the immediate moment, enjoying the good little things, and finding ways I can address the bad little things… that’s the ticket.

At least for today it is. 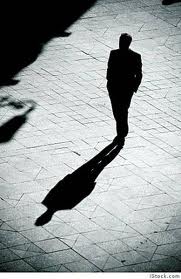 People are funny. We’re so social. And when we feel like we’ve been cut off from our social group, it can make us crazy.

I’ve been having that sort of experience this week. My team members have either been traveling, or they’ve been in a lot of meetings, and there is a lot of discussion and politicking going on behind the scenes that affects me, but I don’t know about.

I’ve also been slammed with everyday busy-work that’s been consuming all my time and energy – I’ve been ‘in the weeds’ and it’s been making me nuts.  I’ve been very productive and I’ve gotten a lot done, but it’s been really tiring. And when I get tired, I isolate, which is not good.

Yesterday I managed to reconnect with a coworker who has been a little nuts, lately. They’ve pissed me off, and I have been keeping them at arm’s length. But that’s not making me feel any better, so I put aside my aggravation and I’m not pushing them away anymore.

It’s made things easier at work. And it’s also saved me a ton of time and energy that I was using up being pissed off at them and keeping them at arm’s distance.

Forgiveness and generosity of spirit are so much less work, actually. So, I’m letting those set the tone for my work with people. And that seems to be helping a lot.

I’ve also been taking breaks during my day — first thing in the morning after I get up, I sit and just breathe for a few minutes… during the day I’ll stop and step away to also just sit and breathe… and in the evening before I go to sleep, I’ll spend a few minutes just sitting and breathing. It calms me down and it settles my mind.

Which is exactly what I want and need.

And now the day is waiting.