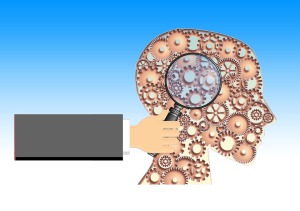 A few more gleanings from my stats… here’s what people are searching for. Maybe I can provide some insights… I’ll try.

Concussion is a tricky thing. It affects everyone differently, and this is one of the ways it can be sensed. For years after my last mild TBI, I felt like my brain was not communicating properly with itself. And that caused a huge amount of stress for me. I also have a friend who was dropped on their head as a baby. They have had a neuropsychological assessment, when they were told that the left side of their brain was not communicating properly with the right side, and they have a lot of trouble reading and comprehending. They also become angry and rigid very quickly, and it’s like you can actually seeing one side of them not sharing information freely with the other side. Interestingly, they refuse to acknowledge that their issues might be neurological. They are paranoid about the government spying on them, and they are convinced they’re being followed. They grew up in a traumatic environment, and they work in trauma counseling, and everything for them is about trauma. But not about neurology. I often think they could benefit from working with a rehabitative neuropsychologist, but they never want to talk about “brain stuff”.

Basically, you’ve got a sudden increase in your brain’s demand for glucose, combined with a sudden decrease in the flow of blood – that’s a pretty significant mismatch, considering that blood is how the brain gets its energy. On top of that, you’ve got a lowered metabolic rate for oxygen — so just when the brain needs more energy to heal, it gets even less energy than it needs. It’s literally not able to function properly to produce the fuel it requires. And that can leave you feeling pretty fogged-up and messed up.

Another thing that can happen, is that your axons can be sheared and twisted. Depending on the injury, axons can be twisted like this:

That keeps the axons from communicating, and it can even kill them. So, you end up with a “Swiss-cheese” effect, where there are little tiny gaps in the connections in all the networks in your brain.

And that literally disconnects them from themselves and from everything else.

So, on a microscopic level, stuff is separated and disconnected. And that can leave you feeling separated and disconnected from yourself, as well as everyone else. Your same old processes are not functioning the way they used to, and your personality may change. And the people around you may not recognize “the old you” anymore… and slowly drift away. It can be tough. But it doesn’t always happen that way.

Every brain injury is different. And everyone’s social situation is different. So, you have to just take it as it comes… and understand that A) it takes the brain a while to get back — sometimes several weeks, for it to clear out the gunk… and B) you can rebuild the connections in your brain — that’s what the brain does… constantly… and C) worry is going to make things worse, so just settle in, take good care of yourself, and keep an eye out for things that might get you injured again. 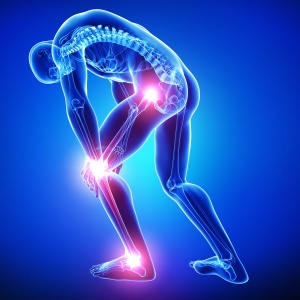 link between fibromyalgia and tbi

I know a number of people with “fibro”, including one of my siblings, and they all have a history of trauma. Some of them have histories of car accidents. We’re still learning about fibromyalgia, but if I understand it correctly, it has to do with the brain sending off pain signals in specific parts of the body. Sometimes the signals are debilitating. And the whole deal can be exhausting. It’s a brain thing, so why wouldn’t it be potentially triggered by TBI?

One of my friends with “fibro” suggested (after I told them about my TBI experiences) that they might have had a TBI. Or two. Or three. They’d been rear-ended in traffic a number of times, and they were nearly disabled because of it. After all those years of telling me about their pain in a certain context, suddenly having the TBI information seemed to clarify a lot for them. I lost touch with them, when I moved away, years ago, so I have no idea if anything changed for them. I hope it did.

I’ve had chronic pain issues for many years, and even though I’ve been hypersensitive to touch since I was a little kid, the debilitating pain  started in earnest after a car accident in 1987. Some folks have suggested I might have “fibro”.  I’m not so sure. My pain is pretty much all over, and it can subside and abate for extended periods of time. It also responds well to exercise, which apparently “fibro” does not(?) Also, the crippling fatigue has gotten much, much better over time, and it fluctuates, so I think it’s more related to my mild TBIs than “fibro”. It’s a big old puzzle, that one. I hope they can figure things out before too terribly long.

This is one of my favorite subjects, because it’s so close to home. I joke that “the secret to happiness is good health and a bad memory”, but my friends don’t think that’s funny. Too bad for them. I think it’s hilarious. My memory tends to be awful. I forget things I did earlier in the day, I forget what day it is, I forget where I put things, and I forget things I was supposed to do. I have a whole system built up to keep me on track and mitigate the problems of my spotty memory.  It can really be a problem.

On the other hand, forgetting things that are weighing me down provides a much-needed break from the intensity of life.  And it’s been very helpful for me to let old grudges and hurts slip away, as though they never happened. It frees me up to interact with people who may have said or done stupid things in a moment of carelessness or thoughtlessness. Often, they feel bad about it, afterwards, and they’re afraid I’ll hold a grudge.

But I’ve forgotten all about it. And that’s a good thing. It lets us get on with our lives like normal people, instead of a bundle of grudges rolling around, bumping into everyone else’s grudges.

I’ve had three of these. No, four. (That memory thing again 😉

I’ve had 2 of them with contrast and 2 without. I’ve gotten sick after 2 of the 4 — but not every time I had contrast. I don’t care for contrast — gadolinium is a heavy metal that has been connected with serious health issues, and I don’t like the feeling of it going into my veins. It makes me feel weird. Uncomfortable.

I have had a DTI MRI, which was interesting, but it didn’t show nearly as much as I was hoping. Part of that is due to the radiologist. They were doing the bare minimum on the job, and they were probably reading a ton of images, so there was no time to dwell on my own case. I’ve gotten some software that will supposedly let me see my own DTI tractography, but I have yet to learn how to use it. Eventually, I will. Just not today.

Anyway, that’s it for today.

I’m working from home today — I had a busy weekend, and I’m still wiped out. I have no meetings in the office today, and I think a lot of other folks will be working remotely, as the weather is terrible, and schools may be either delayed or closed. So, I’m taking the space and just kicking back to do my work in peace.

Away from the cubicle.

Away from the crowds.

In the peace and quiet of my own home.

This just in from BrainBlogger – as it turns out, my hunch about gadolinium-based contrast agents not being all that great for you, is not far wrong.

Thank you, science, for backing me up. Bold emphasis is mine below.

With millions of patients getting MRI scans every year, the technique rapidly becomes one of the most commonly used diagnostic tools in the developed countries. However, new data published this month cast the shadow on the safety of the contrast agents used for the data acquisition – so-called linear-type gadolinium-based contrast agents.

It appears that repeated use of these agents in the MRI scans lead to accumulation of toxic heavy metal gadolinium in the patients’ brains. The safety concerns may have serious implication on the whole MRI industry and likely to result in substituting linear-type agents with safer and more stable macrocyclic gadolinium-based agents. The use of the latter does not lead to accumulation of gadolinium in the brain.

Bottom line is, pick your poison. Heavy metal contrast agents aren’t particularly good for you, to begin with, but some may be lesser evils than others.

Check with your doctor/neurologist before you have your next MRI.