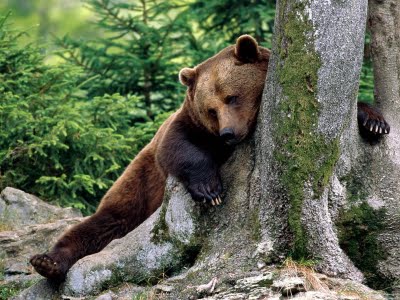 Like most people, I’ve been quarantined. More quarantined than most. My spouse is declining in their mental and physical health, and I’m frankly not sure how much longer they have. Could be weeks. Could be months. Could be years. I just don’t know. And they’re not very forthcoming about what is really going on with them, so it’s well nigh impossible to tell what the deal is with them.

Well, anyway, all the heartbreak gets exhausting to think about and talk about, so I won’t.

I’ve been pretty stressed out over a lot of things in my life. The job. The house. The spouse. The COVID-19 situation. Now, I wouldn’t say I’ve been stressed out about everything, in the typical way a lot of people are. Let’s just say, it’s been more to deal with. And adding all the hypervigilance, the masks and gloves and social conflict around it… well, that’s just been overwhelming. Not because I’m terrified of getting COVID. I’m not. In fact, I suspect I may have had it over the winter, before it became “a thing”.

I had this really persistent cough, my chest felt like it was getting tighter every day. I didn’t have a fever, but I felt like I’d been beaten with a stick, and it lasted longer than other bugs I’ve had. It just felt different. Like some weird foreign entity had taken up residence in my lungs.

There were times it got a little scary. But I did breathing exercises to open up my lungs, and over time, they stopped feeling so constricted. And I got a break from it all. Eventually it resolved. So, that’s a plus.

The thing is, I still have issues with my breathing.  When I get really tired, my lungs feel like they’re shrinking, and I have to cough to catch my breath. This is when I’m tired – so tired – and I’m behind on my sleep. When I rest – and do my breathing exercises – I get better. But the breathing problems is a sure sign that I am over-tired and I need to do something about it.

Which is good. Because not getting sleep is a killer for me.

A tired brain is an agitated brain, and there you go. Agitated. Difficult to live with. And me trying to stay calm and collected with a spouse who’s increasingly erratic, emotional, anxious, and volatile.

Well, it is what it is. I know I can’t get any help from the medical establishment, because A) they don’t understand my mTBI situation, and  B) they’re all busy with COVID patients and extreme cases who have waited till they’re almost dead before they show up at Urgent Care or the ER looking for help.

Even if they were available, they couldn’t help me. Because they just can’t. They won’t. They don’t think there’s anything “up” with me, other than me looking for attention from authority figures. So, I don’t bother.

And I get on with my life. I notice the signs. I take action. I watch to see how it works out, and if I need to adapt, I do.

And that’s about all any of us can do.

I need a haircut.

Maybe next decade I’ll get one.